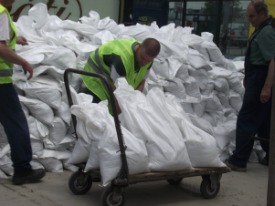 Budapest is bracing for a record flood surge, as the Danube River continues to rise above levels not seen in over 500 years.  Thousands of Hungarians have been working feverishly reinforcing dykes and piling sandbags along the banks of the swelling Danube River.  Budapest is in a state of emergency as the raging floodwaters have covered large sections of the heavily traveled roads on both sides of the river.  Margaret Island, a large, low-lying island in the center of the Danube River has already been evacuated.

At least 16 people have died in the flooding of the Danube and Elbe rivers in central Europe this week and at least four others are missing.

Authorities are hopeful that the Budapest embankments, which date to the 1870's will withstand the Danube's onslaught, which is expected to peak on Monday. 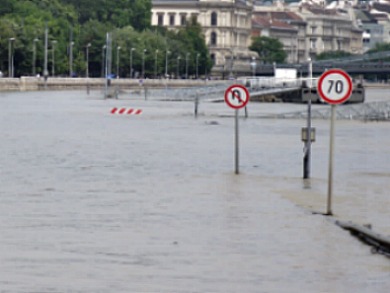 Hungarians are well aware of the destruction the Danube can cause.  A flood in 1838 killed more than 150 Budapest residents and left at least 50,000 homeless.  There are memorial plaques high on city walls indicating how high the river rose during that flood.

We will be involved in the emergency preparation and relief efforts over the weekend, and next week, if needed. If you can give to help with this need, it would be greatly appreciated!